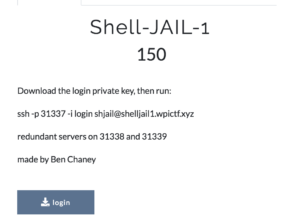 After downloading the linked private key and connecting to the remote server we are dropped into a limited user account and the directory /home/pc_owner. In that folder there are only 3 files – including flag.txt to which our user has no access:

The access file is basically a setuid executable which will run as the pc_owner user. The source of the executable is also available in access.c (mirror here). The program will take all arguments and pass it to system() unless it contains blacklisted strings, relevant parts in the source code:

This means passing id to it will work but cat flag.txt will not:

Of course circumventing that filter is rather easy, the * wildcard is forbidden, but ? is not. We can use those wildcards to read flag.txt by passing cat "fla?.tx?" to it: